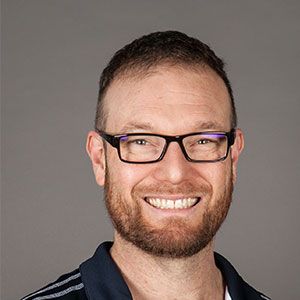 Language is a uniquely human ability that helps us to learn from other’s experience and is the foundation for so much of what happens in life. That is why falling behind in language development can prove to be a substantial disadvantage that affects a child’s ability to thrive at school, form relationships and get a job.

“Language development is the result of quite complex interactions between the child, their family, their school and the community and that all takes place in a broader social and cultural context,” Mr Christensen said.

Researchers at Telethon Kids are contributing to a growing body of research that has identified a number of beneficial factors and risks to language development from birth.

“Children do not have to be taught to talk, unlike learning to read. They pick up language through everyday interactions and experiences with their caregivers. Love and care, social interactions, shared activities, and input from adults is essential – children do not learn language without it,” he said.

The quality of these interactions and experiences matter. For example, children who missed out on being regularly read to at home tended to start school with poorer vocabularies and did not tend to catch up particularly well, Mr Christensen said.

Consistent parenting had also been shown to be helpful. “So if a parent says to a child ‘if you do this again you are going to get punished’, it is important that they follow through, without being hostile or angry, the parent needs to give the child some consistency,” Mr Christensen said.

“Consistent parenting is also the sign of a parent who is in a good place emotionally.”

Consistent parenting to encourage good behavior includes establishing rules and consistently praising good behavior. Consistent behaviour when a child misbehaves includes appropriate punishments or consequences. For example, your child might refuse to tidy his bedroom. The punishment, or negative consequence, might be that he can’t watch his favourite TV show until he does it.

Children born with a low birth weight have been shown to be more prone to language delays, as have children who are low in early literacy and numeracy skills such as writing letters and words.

“Children who do really poorly on those skills around age four to five tend to start school with a lower vocabulary and don’t tend to make great catch up,” he said.

A child’s temperament could also be a factor: those who are highly reactive, who are easy to upset and hard to calm down tend to do worse on their language development.

“You can imagine for lots of reasons it is probably hard for that child to have those high-quality interactions that we think are so important.

“These things can be overcome, none are a life sentence,” Mr Christensen said.

“These are the risks, the things that can cause things to go wrong or can be associated with things going wrong, but they are also things which people do overcome.”

For some families these risks occur in clusters and this has been a research focus for Mr Christensen’s team.

“Often researchers try to isolate individual risk factors and that’s incredibly important because in the end you do want to understand what causes what, but it’s also important to recognise the reality that lots of risks can occur and the interactions between risks can be complicated and reciprocal,” he said.

“Trying to pick those apart can be important but also recognising that they can occur together and trying to have some big picture sense of what goes with what is important too.”

While there was no silver bullet solution to alleviating these risks, early identification and intervention was key to improving language development. This meant finding ways to engage with disadvantaged families was important.

Future research would involve trying to quantify how much these early childhood effects persist into adulthood.

Mr Christensen predicted that working out the cost benefit of interventions would become a persuasive tool in encouraging governments to invest early.

“The overwhelming majority of parents want what is best for their child, that’s a given. When those things aren’t occurring or the child is not doing as well, we need to think about what kind of barriers are in the parent and the child’s way,” he said.

Read the CoLab Evidence Report on Risk and Protective Factors in Early Childhood.