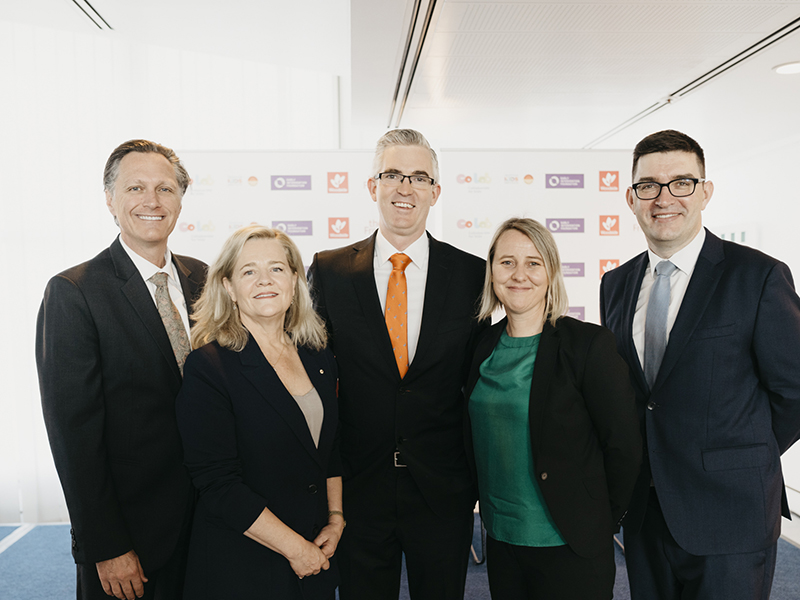 The first major national study into the cost of providing late intervention services to children and young people has called for smarter and wiser expenditure to ensure children receive vital support services at a much earlier stage.

Released in Canberra today ‘How Australia can invest in children and return more’ found hospitalisations for mental health, youth unemployment, obesity and out-of-home care had skyrocketed in the past decade.  The report found these late intervention services were costing Australian taxpayers $15.2 billion every year.

The study is the product of a unique partnership between five organisations spanning philanthropy, business, not-for-profit and research - CoLab (Collaborate for Kids - a partnership between Telethon Kids Institute and Minderoo Foundation), Early Intervention Foundation UK, Woodside Energy and The Front Project.

The detailed report card calls for a more targeted evidence-based approach to early intervention. This would mean effective support services are provided earlier to children and families, before problems begin or are magnified to crisis point.

The ground-breaking research sheds light on the economic cost of not stepping in early to provide support to Australia’s children and youth.

Telethon Kids Institute director Jonathan Carapetis said the report provides the Australian community the catalyst it needs for a renewed focus on how we can all make a difference to children from the early years.

“One in five children in Australia starts school with a developmental vulnerability,” Professor Carapetis said.

“Research shows the first three years of a child’s life are crucial to their development and provides the foundation for a happy, healthy future. We can’t keep waiting until children reach the point of crisis and require homelessness, health or welfare services.”

Report partner, Nicola Forrest, co-founder and director of the Minderoo Foundation, said there was an “immediate opportunity and urgent need to start a conversation about the benefits of early intervention”.

“On one level, early intervention can be a singular service, such as speech therapy, provided as soon as difficulties emerge in a child, so they have a better chance of coping at school. At another level, it can involve critical ‘wrap-around’ support for struggling new parents to prevent children entering out-of-home care,” Ms Forrest said.

“Our young people deserve every effort to lead healthy, fulfilled lives,” Ms Forrest said. “Early intervention offers up a fantastic opportunity for this nation to deliver better outcomes for some of its most disadvantaged and vulnerable children and families.”

“We know there will always be a need for intervention services but acting before problems arise is a wise investment in stronger individuals, families and communities and can avoid costs later,” he said.

Of the $15.2 billion annual cost to Australian governments in ‘late intervention’ supports, the report identified 39 per cent was going to child protection services, including to the 45,000 children in out-of-home care.  The cost of dealing with youth crime accounted for 18 per cent while payments for unemployed young people accounted for 13 per cent of this national tally.

The report also revealed an increase of more than 25 per cent in the number of young people hospitalised with mental health issues in the past decade, while there had been an alarming 34 per cent increase in young people living in out-of-home care over the same time.

“If we don’t change how and when we provide support, we will see rates of homelessness, youth suicide, youth justice and mental health issues continue to rise,” Front Project CEO Jane Hunt said.

Tom McBride, Director of Evidence at Early Intervention Foundation UK said the analysis provided a useful illustration of the scale of the potential of early intervention in Australia to reduce the frequency of problems requiring high-intensity, expensive public services, and their impact on young people’s lives.