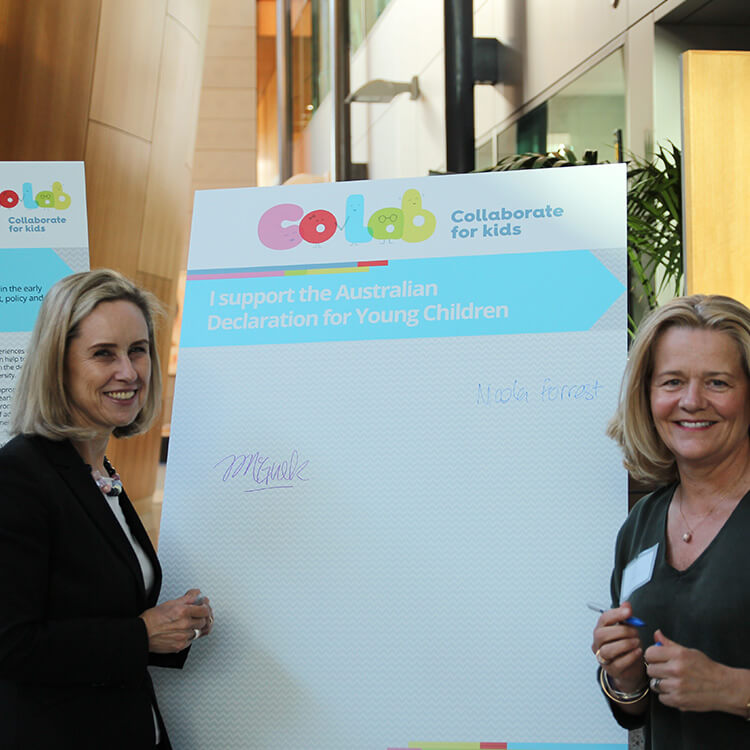 More than 70 leading early childhood researchers, policy makers and practitioners have come together to develop the first-ever Australian Declaration (of evidence) for early childhood which sets out the agreed evidence for, and actions required, to significantly improve young children’s development and learning.

The Declaration was launched yesterday by Child Protection and Community Services Minister Simone McGurk during an event at the Telethon Kids Institute.

A specialised research technique called the Delphi Process was used by CoLab to engage the early childhood experts in a consensus process to collate and consolidate key research findings and recommended actions. The outcome of this process is The Australian Declaration for Young Children which outlines the foundations of what these researchers have discovered about early childhood and the actions needed to improve children’s outcomes in the early years.

“The Declaration represents the first time that a large group of researchers have come together to identify and agree on the most important and robust findings from early childhood research to date, and affirm the actions we all need to take based on this research,” Professor Cross said.

Minderoo Foundation Chief Executive Officer Nicola Forrest said the Declaration was about agreeing on the evidence that should underpin all decisions for families and children.

“That hasn’t been done to date, and it’s a credit to our partners across Australia that we can now make a public statement about what we agree and use it to make a difference for our children,” Mrs Forrest said.

“It’s critical that we agree on a foundation of strong evidence. We can then focus on what that means for policy and practice and move on to conducting research to address what we don’t know.”

Professor Cross said the Declaration would inform a report that CoLab is preparing that will describe the current gaps in early childhood research and what policy and practice areas need support.  This will guide CoLab in its future work.